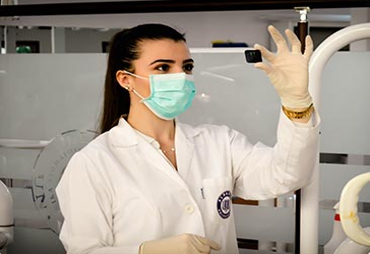 I have something divergent to offer this time around, from the usual content of this column. And the reason is plain and simple. A lot has been going through my mind, and plaguing me on the professional front, and mirrored by most of my professional colleagues. As you know and must have read / seen / heard, we have serendipitously moved into an era where (literal) doctor-bashing has become the order of the day. It really doesn’t matter if it’s a case of gross medical negligence causing grievous hurt, a ‘perceived’ lack of effort, or a simple misdiagnosis. And the proverbial stab-in-the-back, is that all this stems from the same people who believe in blind faith, black magic, superstition, and holistic medicine. And yet, allopathy, which is backed by robust data, solid clinical research and has a pure scientific mainframe, is either questioned by under or unqualified people, or worse still, challenged by google-fed pseudo-academicians. A perplexing paradox here is the brilliant bridge-course phenomenon – where the faithful (and in people’s minds – complete!) alternative medicine branches are offered a one-year curriculum to jump into the realm of this ‘distrusted’ science, and join our ilk. I, underneath my military shell, am a practising allopathic doctor. A specialist at that. And I feel the burning need to offer my two cents on this charade. On all that goes behind earning that once-coveted prefix – “Dr.” And how the ordeal just never seems to end. I belong to a family of doctors – both my parents were hardworking academic government doctors at PGIMER Chandigarh and UCMS & GTB Hospital, for over two decades. And I was privileged to attend one of the best high schools in the country, and I passed out at the top of my class. (Delhi Public School, R.K. Puram, New Delhi) I secured 91% in my 12th Boards (HSC or +2), and wanted to pursue medicine as part of a lifelong dream, not a lame second option, and definitely not as a last resort. And believe it or not, for the love of medicine, and nothing else. I got into the second best medical school in the country – Armed Forces Medical College, Pune, in my fresher / first attempt, at the time. In the General, Open Merit category – against all possible reservations imposed by the government at this juncture. I then went on to serve my country in the Army Medical Corps, as a Gazetted, Class-I Officer, commissioned into the Indian Air Force. I retired after 8 years, as a Squadron Leader, and finished my first post graduation – a Masters in Business Administration (Healthcare and Hospital Management). I completed my second and third postgraduate courses – an MD and a DNB in Dermatology, all in my first attempt. Subsequently, I joined a government teaching college as an Assistant Professor, battling all sorts of quotas and reservations yet again. For academics, research and teaching. I started, thereafter, and still maintain a limited practice, in the few hours away from my teaching responsibilities. My consultation fee is much less than the quacks, pseudo-dermatologists, and virally replicating cosmetologists around me, and even the nutritionists, naturologists, life coaches, investment bankers, lawyers, engineers and other professionals. And for that amount, I give my everything. My patients contact me at odd hours, via telephone, WhatsApp, email and all messengers possible. Even when I’m away or on vacation. And I give them my all, and they have / do / will vouch for the same, I’m sure. Why then, should I be stoned, battered or made to endure emotional or psychological stress, or guilt over what I earn, rightfully, and with dignity? Why does the onus of a poor, damaged and money-dry healthcare system fall on my shoulders, as pointed out by Chetan Bhagat? Although we have opportunities to work anywhere in the world, we endure right here, and right now. We’re acclaimed globally, and told by people how good our clinical acumen is, at international forums. We’re lauded by fellow physicians across the globe, and exchange knowledge at so many platforms, all to better ourselves. We attend clinical meetings, workshops, refresher courses, hound medical colleges – do every thing possible to continue medical education and update ourselves, to remain current. Agreed, there is a certain level of narcissism that pushes us to do so, but in the end, it’s to better ourselves, our acumen and our skill set. All for understanding more, diagnosing better, and treating right. But despite this, we’re always fighting. We fight the government (reservations – caste, creed, gender, handicaps and so on….), the courts (recent judgments will prove that!), the annihilated and withering healthcare system, the paid and target-hungry media, short-staffing, low resources, and long working hours. Despite that, WE are with you people, in your times of need, your shoulders to cry on, your everything, in whatever capacity we can. Shouldn’t we expect reciprocation, or at the very least, dignity? Don’t disillusion the Indian Doctor so much, that he/she regrets the very day this decision to serve was made by him / her. Instead, I urge you to channel your energies towards the dishevelled and appalling healthcare system, which has been bled dry to feed other resources and stomachs. Do not make the mistake of thinking that doctors and healthcare are equivocal, or even exist in the same spectrum, for that matter.
Category: Dermatology

Do you have any query ?